The collaborative nature of this project builds on the “twoness” of my hands as my scholar-performer exchanges allow me to turn the music first this way, then that to find new vantage points through which to explore music’s possibilities.

My interactions with the other artists continue to multiply the vantage points.   We push each other beyond the givens of our attested specializations, all the while responding to the synergy generated by our hands as they turn, touch, and rub against one another. 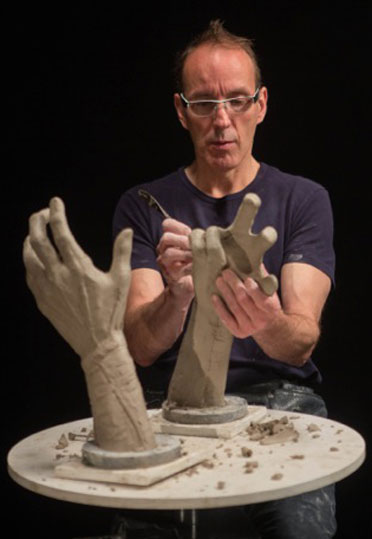 Joël Prévost is founder and Director of L’Atelier de Sculpture du Village in Old Montreal and has been a professional sculptor, dancer and teacher for over 25 years.  His emphasis is on body and form, with an aesthetic approach that combines artistic sensitivity of movement with scientific, anatomical understanding. His history as a dancer enables him to feel his sculpted material from the inside and to see the movement that exists within solidity, as exemplified in his series Variations sur un même thème (variations on a given theme). Prévost focuses on discovery, often using the power of music as inspiration. In so doing, Prévost seeks to fix the ephemeral movement and fleeting emotion stemming from the balance, beauty and energy of the body that evolves in space. He is represented by Les Galeries d’art Beauchamp et Beauchamp (Québec City, Toronto, Baie-Saint-Paul) and by Cocco & Salem Imagine Art Gallery (Key West, Florida). His works are found in numerous private and corporate collections in Canada, the United States, France, New Zealand, Australia and China.

Kirsi Heimonen is a Finnish dance artist with long-term experience as a choreographer, film director, and writer. Her work emphasizes her interest in free improvisation and use of the body as a way of being open to and exploring the world. Her awareness of the symbiotic exchange between emotional expression and bodily exploration fueled her ground-breaking doctoral study on how the body knows and explores its own space and time in dance. Heimonen uses her artistic practice in a diverse array of fields, including working with nursing home residents living with memory loss and different research-creation projects. Her work has been supported by a wide variety of European granting agencies. 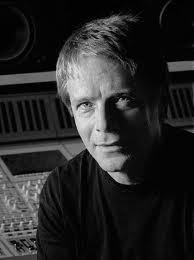 Grammy-winning sound engineer and producer George Y. Massenburg served as director of photography and sound for the film component of Reaching Beyond the Given. An influential figure in the world of sound recording, he has participated in the recording of over two hundred albums during the past 40 years. He has designed, built and managed several recording studios, notably “ITI” Studios in Huntsville, Maryland and “The Complex” in Los Angeles. In addition, he has contributed acoustical and architectural designs to many others, including “Skywalker Sound” and “The Site” in Marin County.  As Associate Professor at the Schulich School of Music, McGill University, he has been instrumental in the development of an undergraduate course in Video Production and a platform for livestreaming video of concerts. 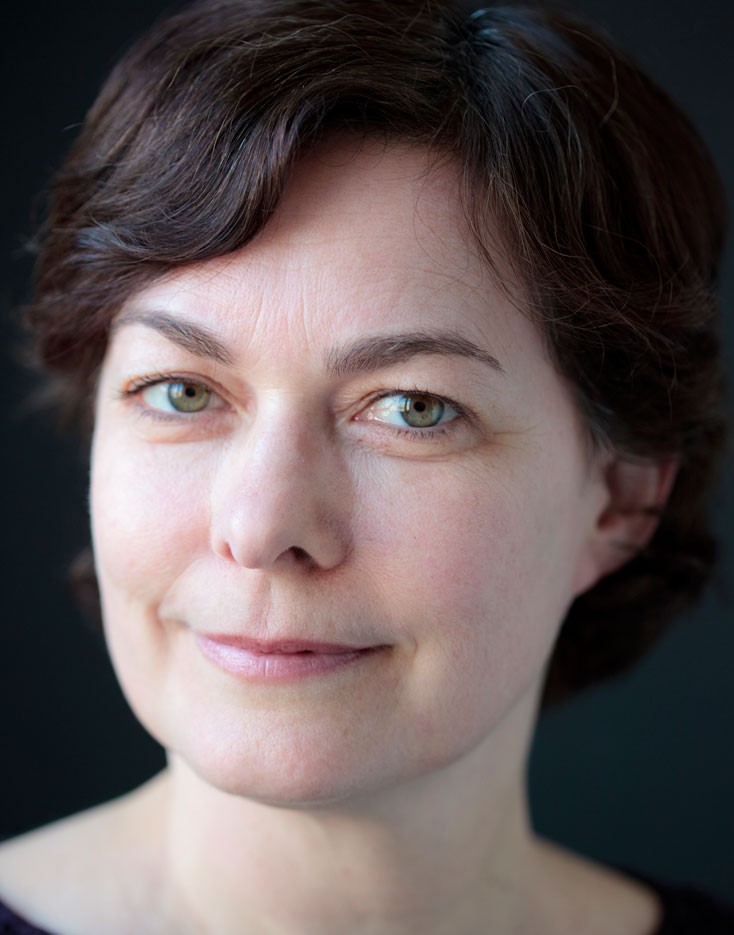 Marlene is a Montreal film director, producer, editor and instructor. Working in documentary, experimental, and dance for camera genres, Millar has been making films since 1989. In 2001 Marlene co-founded Mouvement Perpétuel with Philip Szporer and together they produce media projects that have garnered awards and recognition in Canada and internationally. 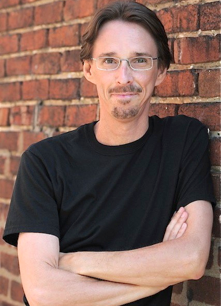 Robert Newton is a Montreal film and video editor. Over the course of twenty-plus years (since graduating from the Concordia Film Production program-1990) he has edited thrillers and science-fiction films, music videos, cartoons and art films. As a videographer he documented and edited numerous theatre and dance shows. Robert also has a background in theatre (another Concordia University BFA-1996) with acting credits for Repercussion Theatre’s Shakespeare in the Park, and several voice overs. Robert enjoys the artistic and creative challenges that come with each project, but that are especially rich in this current collaboration with Eleanor Stubley. 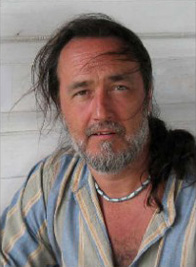 Born in Montreal, Jean-Louis Courteau discovered painting at the age of 14. Inspired early on by the Impressionists and by the raw reality of nature, his work strives to surpass representation and move from the visible to the perceptible. Courteau often describes his creative process through musical metaphors that emphasize the rhythm or mystery of space as it becomes place in and through the play of wind, heat, cold, movement and light.  Currently based in the Laurentians, Courteau’s work is exhibited throughout the USA and Canada. 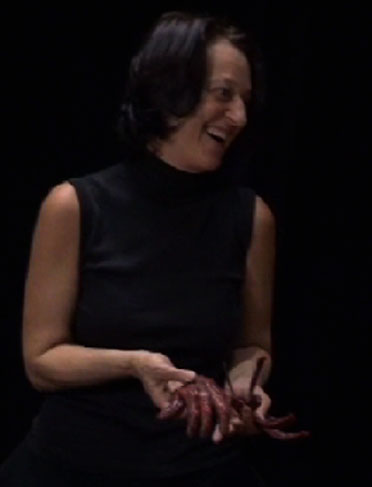 Geneviève Forest is a well-established artist known for her captivating sculptures focusing on the human hand. She has won numerous prizes for her artwork, including the first prize in sculpture from the Académie des beaux arts du Québec , the third grand prize in sculpture from CAPSQ and third prize from Municipalité Saint-Faustin, QC among others. Her work has been in expositions throughout Québec, as well as in France, Belgium, and Cuba.